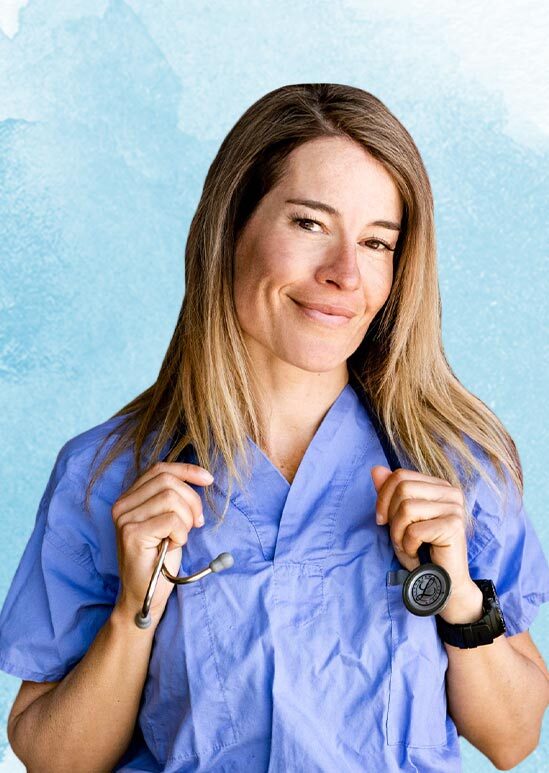 For over 20 years, Dr. Renata Lewis has been bringing together her training as an emergency physician with an expertise in mountain search and rescue. As a first responder, she assists those most in need, exactly where they need it—whether inside a busy hospital ER, climbing out of an icy crevasse on a remote glacier, or hanging under a helicopter while suspended thousands of feet above the ground.

Renata also works as a guide, instructor, safety consultant and medical advisor for the tourism, guiding, aviation, and film industries. More recently she has appeared in front of the camera in several US and Canadian productions as a field doctor for reality television, a rescuer in outdoor commercials, and a high-flying stunt woman.

Refusing to let anything hold her back, she embarked on the most challenging and fulfilling role of her life—being a mother. It was then that she learned her own personal definition of fear—and fearlessness—and how surviving the seemingly unsurvivable can be the key to living one’s best life. She is based in Whistler, British Columbia, Canada.